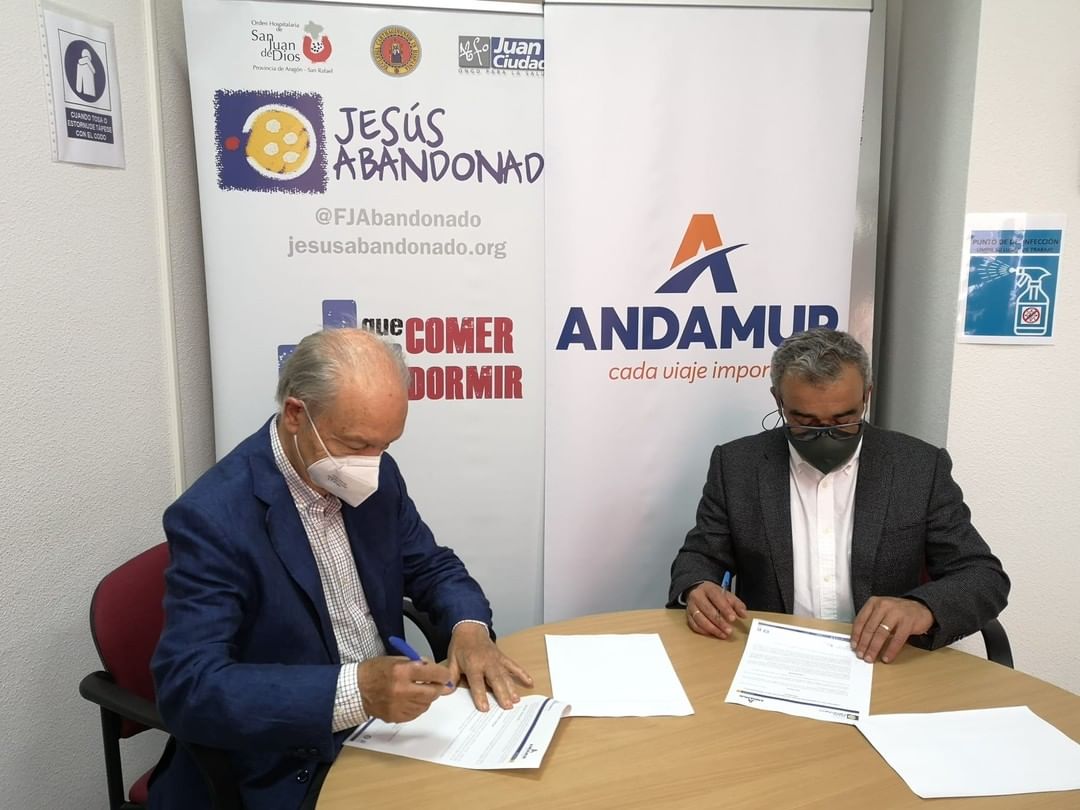 <<This year, all the proceeds from the sale of bread at our service areas will be added to our previous years’ donations>>

For the fourth year running, Andamur has supported the Jesús Abandonado Foundation during the month of April, with Bread Month.

Our contribution was to pay for the bread that’s given out in the foundation’s canteen for the entire month, covering the cost of the bread for those eating at Jesús Abandonado throughout April.

This year, we also wanted to do something different, which is why we’ve donated all the proceeds from the sale of bread at our Andamur service areas to the Jesús Abandonado Foundation.

With this initiative, we’ve been able to increase our support for the foundation so it can continue the great work it does for those in need every day, with a total of 3,900 euros donated this year.

With this of kind initiative, Andamur shows its commitment to society and organisations like the Jesús Abandonado Foundation that contribute to social causes and fight for social wellbeing.

We also work towards achieving Goal 1 (Ending Poverty) of the UN Sustainable Development Goals (SDGs), which aim to ensure equality between people, protect the planet and ensure prosperity for all in order to eradicate poverty in all its forms throughout the world.

This initiative is part of our #TakingCareOfWhatMatters CSR plan, under its Social Commitment focus, with which we engage with the spheres and groups in society most in need. With this plan, we aim to give back to society some of what it gives to us.

Andamur Connect, a new digital environment in one click
Scroll to top